Spread the Word to End the Word

Help End the Use of the Word "Retard"

The R-word, “retard,” is slang for the term mental retardation. Mental retardation was what doctors, psychologists, and other professionals used to describe people with significant intellectual impairment. Today the r-word has become a common word used by society as an insult for someone or something stupid. For example, you might hear someone say, “That is so retarded” or “Don’t be such a retard.” When used in this way, the r-word can apply to anyone or anything, and is not specific to someone with a disability. But, even when the r-word is not said to harm someone with a disability, it is hurtful.

Because of this, the greater disability community prefers to focus on people and their gifts and accomplishments, and to dispel negative attitudes and stereotypes.  The purpose of the Spread the Word to End the Word® campaign is to raise peoples’ awareness of the derogatory use of the R-Word (retard or retarded) and its negative effects on people with intellectual disabilities, as well as their families and friends. However, this campaign is about more than just raising awareness of the R-word; it is also about changing attitudes of segregation and hate, to attitudes of acceptance and respect.

The R-word is the word 'retard(ed)'. Why does it hurt? The R-word hurts because it is exclusive. It's offensive. It's derogatory.

Our campaign asks people to pledge to stop saying the R-word as a starting point toward creating more accepting attitudes and communities for all people.  Language affects attitudes and attitudes affect actions.  Pledge today to use respectful, people-first language.

Join thousands of others and make a pledge to help Spread the Word to End the Word with a new "R" word - Respect.  Over 650,000 people have taken the pledge.  You be next! 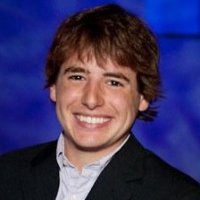 Soeren Palumbo was a High School student in Chicago who had a younger sister with intellectual disabilities.  He was sick of hearing fellow classmates use the word "retard or retarded" throughout the halls.  Soeren made a speech about his feelings in front of the entire student body which earned him a standing ovation from his classmates.

•The word "Retard" is not okay

disability language guidelines
How do Special Olympics athletes feel about the word "retard"? 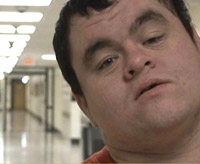 There are many ways for schools to get involved and host their own Spread the Word to End the Word campaign any time of the year.   For more information about getting your schools involved, please contact Heather Jones at heatherj@sonc.org or 925-944-8801 x 232.

What will you do to help Spread the Word to End the Word?